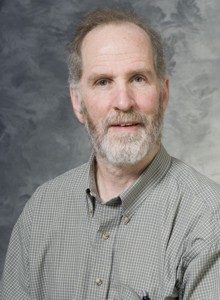 The broad goal of my research is to understand electrical signaling in the nervous system. The specific area that has occupied most of my attention for more than 15 years is how neurons release neurotransmitter. We use electrical and optical techniques to study the ion channels in nerve terminals, Ca2+ signaling, and the exocytotic apparatus. Our experimental systems range from cultured cell lines to brain slices.

To investigate exocytosis at the molecular level we use PC12 cells, performing molecular manipulations and analyzing the kinetics of exocytosis with carbon fiber amperometry. Amperometry is an especially powerful method for such studies, allowing us to resolve the flux of norepinephrine through single fusion pores. In conjunction with molecular manipulations of the proteins expressed in PC12 cells, we were able to show that synaptotagmin, the putative calcium sensor of exocytosis, regulates the stability of the fusion pore. We have since found that calcium and synaptotagmin accelerate both the formation and the dilation of fusion pores. Furthermore, by analyzing the flux through the fusion pore, we were able to show that the membrane anchor of syntaxin is a structural component of the fusion pore.

We are presently extending our structural view of the fusion pore and elucidating the mechanism of calcium-triggered exocytosis. The general theme of much of this work is applying biophysical principles derived from ion channel function to the fusion pore of exocytosis. Efforts are underway to develop methods for performing parallel manipulations and analyzing fusion pores at synapses between neurons. The insights derived from PC12 cells guide us in formulating hypotheses and designing experiments.