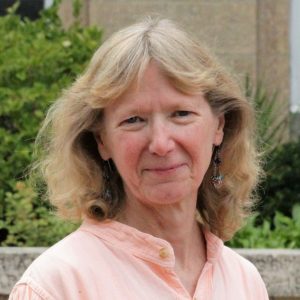 The physiologic growth, differentiation and functional activity of the breast are orchestrated by a network of hormones, growth factors, and developmental regulators.  Not surprisingly, many of these same factors have been found to play critically important roles in the development and progression of breast cancer.  Understanding this interplay can lead to effective specific therapeutic approaches, minimizing side effects to patients, as well as potential preventative strategies.

Transcript profiling has enabled division of breast cancers into subtypes that may have different etiologies and may be susceptible to specifically targeted therapies.  So-called “luminal” breast cancers [those that express estrogen receptor alpha (ERα+)] comprise about 75% of breast tumors.  Although therapies directed at ERα are quite effective for this subtype, these regimens fail in about 25% of patients, who either are initially resistant or later develop resistance.  Thus, understanding the pathogenesis and progression of luminal breast cancer would save the lives of many women.

Prolactin is a principle regulator of mammary epithelial proliferation and differentiation, consistent with a key role in breast cancer.  Recent epidemiologic studies support its importance in “luminal” tumors.  Elevated circulating prolactin is associated with a higher risk for development of this type of tumor, established tumors express higher levels of prolactin receptors than adjacent normal tissue, and evidence for prolactin activity is associated with disease progression and resistance to endocrine and conventional chemotherapies.

In order to understand the mechanisms whereby prolactin contributes to breast cancer, we have developed unique systems.  Our transgenic mouse model, NRL-PRL, is one of the very few mouse models of clinical luminal breast cancer.  This model enables us to examine the effects of prolactin on mammary stem and progenitor cells, as well as cancer stem cells.  In conjunction with other transgenic and knockout models, we can examine crosstalk with identified oncogenic factors in the dynamic in vivo physiologic context.  Our cell culture models facilitate molecular dissection of implicated signaling pathways, roles of cell context, including extracellular matrix, and mechanisms of interactions with other hormones and growth factors, including receptor trafficking.

These studies have implications not only for carcinogenic processes leading to breast cancer, but also for development of prostatic cancer, which shares many underlying processes.