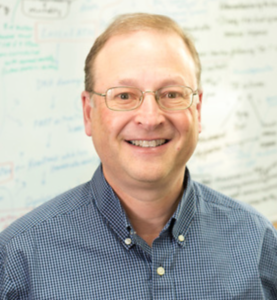 We are using fruit flies (Drosophila melanogaster) as an animal model to understand human neuronal disorders. Currently, we are focusing on Ataxia-telangiectasia (A-T) and traumatic brain injury (TBI), both of which are characterized by neurodegeneration in the central nervous system. We are using genetic and molecular biology approaches to determine the cellular and molecular mechanisms that underlie neurodegeneration. The long-term goal of this research is to identify gene targets for prophylactic and therapeutic intervention in A-T and TBI.

A-T is a recessive genetic disorder associated with neurodegeneration that worsens with age. The mutant gene responsible for A-T, ATM (A-T mutated), encodes a protein kinase that plays a central role in the response to DNA damage in humans and other animals, including Drosophila. ATM responds to DNA damage by phosphorylating proteins that regulate the DNA repair, cell cycle, and apoptosis machineries. Despite advances in our understanding of ATM activities, it remains unclear why neurodegeneration occurs in A-T.

As in humans, loss of ATM in flies causes neurodegeneration (Figure 1). To understand why loss of ATM causes neurodegeneration, we have used genetic and molecular screens to identify biological processes that are necessary for neurodegeneration. Our genetic screen suggested that neurons die in A-T because they re-enter the mitotic cell cycle (Rimkus et al., 2008, 2009), and our molecular screen suggested that neurons die in A-T because of excessive activation of the innate immune response in glial cells (Petersen et al., 2012, 2013). Current projects are focused on understanding the molecular events that trigger neuron cell cycle re-entry and excessive activation of the glial cell innate immune response and how these events are connected.

In collaboration with Dr. Barry Ganetzky’s laboratory (UW-Madison, Laboratory of Genetics), we have created a fly model of closed head TBI. TBI is a major health problem in military and civilian populations. In the U.S., TBI causes one-third of all injury-related deaths. Additionally, since 2000, over 250,000 U.S. military personnel have been diagnosed with TBI, and currently in the U.S. 2.5-6.5 million people are living with the consequences of TBI, including debilitating physical, cognitive, behavioral, and emotional outcomes. By employing the powerful experimental tools available in flies, our research has the potential to increase the pace of advances in TBI research (Katzenberger et al., 2013). Discoveries made rapidly in flies can be used to direct more productive research in mammals and ultimately generate effective diagnostics and treatments for human TBI pathologies.

To inflict TBI in flies, we developed the High-Impact Trauma (HIT) device, which consists of a metal spring clamped at one end to a wooden board (Figure 2). A standard plastic vial containing unanesthetized flies is connected to the free end of the spring. When the spring is deflected and released, the vial rapidly contacts a polyurethane pad, and a mechanical force is delivered to the flies as they contact the vial wall and rebound. Rapid acceleration and deceleration almost certainly causes the brain to ricochet and deform against the head capsule resulting in TBI. We have found that, similar to humans with TBI, flies with TBI exhibit temporary incapacitation, ataxia, activation of the innate immune response, neurodegeneration, and death. These data demonstrate the potential of flies for providing key insights into human TBI that may ultimately provide new opportunities for therapeutic intervention. Current projects focus on identifying genes and biological processes that promote or prevent TBI outcomes.