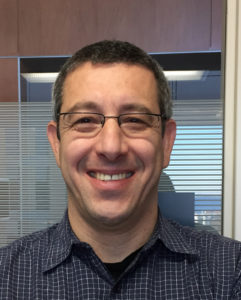 Regulation of terminal differentiation and functional maturation of stem and progenitor cells, regenerative biology of the endocrine pancreas, diabetes

How does a newly formed stem or progenitor cell “know” it had reached its full differentiation capacity, and should assume its mature function? What part of the signal towards terminal differentiation comes from the cell’s interactions with its surrounding environment, and what is encoded in the blueprint of its intrinsic developmental program? How is this functionally mature state, once achieved, sustained throughout adult life, or tip off balance and erode in degenerative disease? And what exactly is a fully differentiated, functionally mature cell state? Not only do these questions represent fundamental problems in developmental biology, but they are also crucial in regenerative medicine, where one wants to impose a functionally mature phenotype upon stem cells differentiated in vitro, or prevent the loss of the mature cell state in degenerative diseases.

Expanding our knowledge of functional β cell maturation will have an important impact on both stem cell based therapy for type-1 diabetes and on the prevention of irreversible β cell de-differentiation in type-2 diabetes. Specifically, it may lead to the ability to genetically set naive β cells differentiated from stem cells in vitro to produce and secrete exactly the right amount of insulin in response to a given concentration of glucose, as well as to prevent de-differentiation and maintain functional β cell maturation in diabetics.