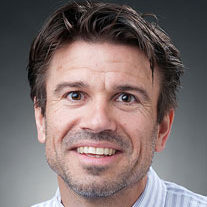 The laboratory investigates the mechanism and biological function of reversible protein modifications involved in modulating signal transduction, chromatin dynamics and gene activation. Histones are one of the best examples of protein function regulated by modification, and are the target of an array of modifications including acetylation, phosphorylation and methylation. The dynamic and specific nature of these modifications has led to the proposal that there is a “Histone Code”, which when decoded would allow us to understand, for instance, what is required to maintain “silenced” or “active” chromatin. In general, histone acetylation (catalyzed by histone acetyltransferases) correlates with gene transcription, while hypo-acetylation (catalyzed by protein deacetylases) correlates with repression. To begin to understand this signaling code, we must first understand the mechanisms and regulation of the enzymes responsible for these modifications. A large component of our work is to understand the major enzyme families that catalyze these reactions.

Chromatin remodeling enzymes rely on co-enzymes derived from metabolic pathways, suggesting coordination between nuclear events and metabolic networks. A unique example of this link is the recently described NAD+-dependent protein/histone deacetylases. The founding member of this family, yeast Sir2 (silent information regulator 2), is involved in gene silencing, chromosomal stability, and ageing. Sir2-like enzymes catalyze a reaction in which the cleavage of NAD+, and histone/protein deacetylation are coupled to the formation of O-acetyl-ADP-ribose, a novel metabolite. The dependence on NAD+ and the generation of this potential second messenger offer new clues in understanding the function and regulation for nuclear, cytoplasmic and mitochondrial Sir2-like enzymes. Questions we are currently attempting to answer with this project: What is the physiological basis for the NAD+ -dependence? What are the cellular, acetylated-protein substrates for the various Sir2 homologues? What is the function of O-acetyl-ADP-ribose? What is the relationship between Sir2 enzyme function and metabolism? How are Sir2 enzymes regulated? How does Sir2 catalyze this unique reaction? To address these questions we are using a breadth of approaches that involve biochemistry, genetics, proteomics, enzymology, and use of a mammalian tissue culture system and yeast as a genetically tractable system to explore biological function.

Other projects involve understanding the mechanism of catalysis and regulation for the CBP/p300 and MYST families of histone/protein acetyltransferases, as well as the dual specificity protein phosphatases that down-regulate mitogenic signal tranduction through dephosphorylation of the MAP kinases. Mutations in several of these enzyme families can cause mis-regulation of gene transcription and lead to such diseases as cancer. Through these studies will come an understanding of biological function and enzyme mechanism, which will undoubtedly lead to the design of rational therapeutics that target these novel enzymes or the pathways they regulate.

John Denu, PhD, and Catherine Fox, PhD, both professors in the Department of Biomolecular Chemistry, recently received a two year Collaborative Research Award in the amount of $240,000 from the National Institutes of Health to examine the epigenetic mechanisms that regulate chromosome duplication, a process fundamental to cell proliferation. Fox’s lab focuses on understanding how a protein complex critical to chromosome duplication functions. Denu’s laboratory, particularly over the last several years as Denu has served as the director of the Epigenetics Theme in the Wisconsin Institute of Discovery, has established new technologies for probing this epigenetic code at the biochemical level. This award will allow the laboratories of Denu and Fox to team up and define the epigenetic mechanisms that ORC uses to duplicate chromosomes.

John Denu, PhD, professor, Department of Biomolecular Chemistry, has been asked to serve on the editorial board of the Journal of Biological Chemistry. His renewable board appointment began in fall 2013 and will run through 2018.