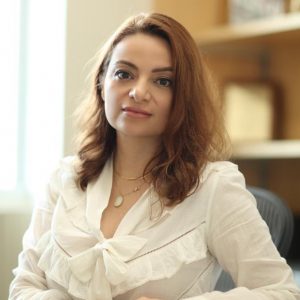 Type 1 diabetes (T1D) results from the destruction of the insulin-secreting b-cells by an immune mediated process. The increasing incidence T1D around the world, especially among children, has been of great concern. Despite intensive efforts to identifying the underlying causes of this disease, it is still not clear why b-cells are destroyed, what triggers the initial immune destruction and how it could be prevented or reversed. The endoplasmic reticulum (ER) is an organelle that is responsible for the proper folding of proteins and biosynthesis of lipids and steroids. Endoplasmic reticulum stress, caused by protein misfolding, chronic inflammation and environmental factors, is emerging as a novel paradigm for diabetes pathogenesis. To cope with ER stress, the Unfolded Protein Response (UPR), a signaling cascade mediated by ER membrane-localized sensors is triggered to re-establish cellular homeostasis. ER stress and aberrant UPR have been shown to play a role in the pathogenesis of inflammatory and autoimmune diseases. However, the role of ER stress and the UPR in pathophysiology and in the initiation and propagation of the autoimmune responses in T1D remains incompletely defined.

We recently identified a defective UPR in pancreatic b-cells from two different T1D mouse models as well as in islets of T1D patients. Administration of a chemical ER stress mitigator, tauroursodeoxycholic acid resulted in a marked reduction of diabetes incidence in the T1D mouse models indicating that proper maintenance of the UPR is essential for the preservation of b-cells and that defects in this process can be chemically restored for preventive or therapeutic interventions in T1D. Our laboratory focuses on understanding function, regulation and genetic manipulation of the UPR in beta cells by using recently generated UPR specific conditional mouse models, cellular, molecular and biochemical tools to reveal the role of organelle stress and adaptive responses in diabetes pathogenesis.