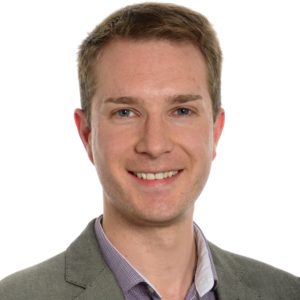 Sinoatrial node (SAN) dysfunction (SND) is associated with abnormal impulse formation and propagation in the SAN. Recent estimates suggest that >75,000 new cases of SND occur in the U.S. every year and that this number will more than double by 2060. At present, surgical implantation of permanent pacemakers remains the most efficient treatment of SND which, however, is limited when compared with pharmacologic therapy and costs $2 billion annually in the U.S. Contemporary evidence suggests an emerging role of compartmentalized remodeling (i.e. associated with distinct, spatially-confined micro-domains) of pacemaker proteins in SND. It has recently become evident that the proteins involved in pacemaking activity are not freely mobile on the plasma membrane but rather associated with specific membrane microdomains where they form an interacting network and work together as a part of a macro-molecular signaling complex. These protein-protein interactions are tightly controlled and regulated by a variety of neurohormonal signaling pathways and the diversity of cellular responses achieved with a limited pool of second messengers is made possible through the organization of essential signal components in particular microdomains. Disruption in subcellular targeting of pacemaker proteins and associated signaling molecules upon structural remodeling of the SAN, may affect their biophysical properties and neurohormonal regulation as well as protein-protein interactions within the pacemaker signaling complex disturbing rhythmic generation of action potentials and thus contributing to the pathophysiology of the SND.

Our laboratory focuses on understanding of the functionality of distinct subcellular microdomains in cardiac myocytes and their functional role in the accumulation and neurohormonal regulation of proteins involved in cardiac pacemaking among multiple levels of cardiac signaling: from protein expression, phosphorylation, and sub-cellular localization, protein-protein interaction, to propagation and repolarization of an intact heart. We study how microdomain-targeted remodeling of pacemaker proteins may contribute to cardiac dysfunctions associated with various pathologies, including heart failure, atrial fibrillation, and hypertension. Our research combines several state-of-the-art techniques, including high-resolution fluorescent optical mapping and scanning ion conductance microscopy (SICM) equipped with “smart” patch-clamp. These are applied to investigate sub-cellular compartmentalization of ion channels and regulatory G-protein coupled receptors and their roles in cardiac arrhythmogenesis/dysfunction associated with different pathologies.