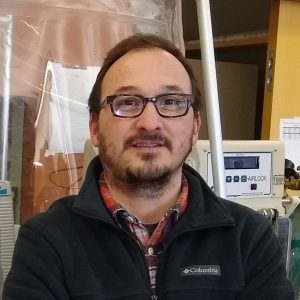 Humans studies have revealed consistent alterations in the gut microbiomes of patients with cardiometabolic and aging-associated diseases. A major focus of my group is to understand how variations in the gut microbiome modulate the effects of diet and host’s susceptibility to cardiometabolic disease. To address these questions we use a combination of hypothesis-generating, sequencing-centered analyses of microbiomes from humans and mice, followed by proof-of-principle/proof-of-mechanism studies in gnotobiotic mouse models of disease and classic bacteriology experiments.

Dissecting the impact of microbe-diet interactions on host health:

1. Bacterial choline metabolism: Choline is a water-soluble nutrient essential for human life. Gut microbial metabolism of choline results in the production of trimethylamine (TMA), which upon absorption by the host is converted in the liver to trimethylamine N-oxide (TMAO). TMAO exacerbates thrombosis and atherosclerosis in mice, and its abundance correlates with the severity of these diseases in humans. We have recently discovered that subjects with Alzheimer’s Disease (AD) have alterations in their microbiome and higher levels of TMAO in cerebrospinal fluid (CSF), and we have identified associations between this molecule and markers of AD (Vogt et al., 2017, Vogt et al., 2018). Given the importance of choline and vascular disease to AD development we are exploring the impact of choline-consuming/TMA(O)-producing bacteria on AD development using a gnotobiotic mouse model of AD (collaboration with Dr. Barbara Bendlin and Dr. Luigi Puglielli). Additionally, we are working with Dr. John Denu to explore the role of bacterial choline depletion, TMAO and bacterial metabolism on epigenetic regulation.

2. Diet-microbiota interactions that impact atherosclerosis: (a) variation in butyrate-producing bacteria: Consumption of dietary fiber decreases the risk of cardiometabolic disease. Recent studies suggest that some of the benefits associated with consumption of dietary fiber are mediated in part by gut microbes, with increased representation of butyrate-producing microbes proposed as one of the potential mediators. Moreover, gut butyrate-producing bacteria have been found at higher levels in healthy populations relative to patients suffering various inflammatory diseases such as atherosclerosis. We recently showed that the butyrate-producing bacterium Roseburia intestinalis interacts with dietary plant polysaccharides to generate large amounts of butyrate, modify epigenetic programming, impact gene expression in the intestine, and improve intestinal barrier function. These changes were associated with lower levels of pro-inflammatory molecules in systemic circulation, reduced inflammation in the aorta and smaller atherosclerotic lesions. By administering tributyrin in the diet, which delivers butyrate in the distal gut, we demonstrated that butyrate mimics the effects of R. intestinalis (Kasahara et al. 2018). We plan to identify fiber types and dietary sources that promote the growth of R. intestinalis and test whether these results can be extended to other butyrate-producing bacteria. Additionally, we are testing causal relationships of other associations that we have identified between gut microbes and atherosclerosis. (b) Interactions between gut bacteria and flavonoids: some of the health benefits associated with the consumption of fruits and vegetables are derived from flavonoids. However, our bodies do not absorb most flavonoids as they exist in food, and there is a large degree of interpersonal variation in the reported benefits. These observations in part reflect individual differences in gut microbiota, which metabolize ingested flavonoids to a variety of products that are more readily absorbed by the host, although the nature and extent of these transformations remain poorly characterized. We recently found that colonized mice fed a diet supplemented with quercetin accumulate high levels of biologically active (e.g., anti-thrombotic) metabolites and develop smaller atherosclerotic lesions relative to mice consuming a control diet, whereas age-matched germ-free Apolipoprotein E-deficient mice do not benefit from flavonoid supplementation. These preliminary results suggest that bacterial metabolism of quercetin may be necessary for some of the beneficial effects associated with flavonoid consumption. We are currently examining whether specific routes of flavonoid metabolism are required for its beneficial effects.