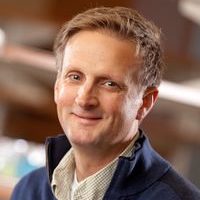 Research projects in our lab broadly pertain to genomic surveillance and molecular mechanisms of neurodegeneration in ALS. Current areas of focus include:

(i) Non-canonical regulation of CREB/ATF transcription factors: relevance to tumor suppression and metabolic homeostasis. Mutations in the ATM protein kinase cause ataxia-telangiectasia (A-T), a syndrome of cancer susceptibility and neurodegeneration that is characterized at the cellular level by profound radiation sensitivity and dramatically impaired ability to signal and repair DNA double-strand breaks. A-T patients and ATM-deficient mice also manifest metabolic abnormalities suggesting that ATM senses and responds to metabolic cues. We previously showed that ATM phosphorylates and inhibits the cAMP-regulated transcription factors CREB and ATF1 in response to DNA damage and other forms of cell stress. CREB and ATF1 have been intensively studied for their roles in glucose homeostasis/obesity and long-term potentiation of neuronal synaptic transmission in vivo. Interestingly, CREB gene-targeted mice in which CREB phosphorylation by ATM is abolished exhibit metabolic abnormalities similar to those seen in A-T. Ongoing studies are exploring mechanisms of CREB phosphorylation in the context of metabolic stress and how ATM signaling through CREB contributes to metabolic homeostasis. We are also investigating whether ATM signaling to CREB contributes to tumor suppression.

(ii) Novel roles of roles of RNA-binding proteins in DNA repair. Also under the umbrella of genome protection, we are investigating how the FET (FUS, EWSR1, TAF15) family of multifunctional RNA-binding proteins participates in DNA double-strand break (DSB) repair. FUS is amongst the first proteins recruited to DSBs, is phosphorylated by ATM, and is required for the two major forms of DSB repair: non-homologous end joining (NHEJ) and homologous recombination (HR). We are currently investigating the molecular details of FUS-dependent DSB repair, which appeared to be shared with TAF15 and EWSR1. These studies have implications for understanding and perhaps treating soft tissue sarcomas that frequently harbor chromosomal translocations involving the FET gene family, as the translocations disrupt domains that are critical

(iii) Molecular cell biology of ALS-associated proteins. The third focus group in our lab studies molecular mechanisms of neurodegeneration in the motor neuron disease ALS. Recent genetic advances have identified a handful of genes whose mutation is sufficient to cause ALS, including the RNA-binding protein TDP-43, the uncharacterized open reading frame C9ORF72, the ubiquitin chaperone UBQLN2, and remarkably, FUS (though it is unclear whether DNA repair defects contribute to the development of ALS in FUS mutant patients.) We are using cell-based and in vitro approaches to understand how mutations in FUS, and UBQLN2 alter their normal cellular function. In addition, we are studying a Drosophila (fruit fly) model of ALS in which overexpression of the RNA-binding protein TDP-43 elicits age-dependent neurodegeneration. Studies using this model have implicated the innate immune response and oxidative stress as pathologic sequelae of TDP-43 missexpression.